I’ve been focusing mostly on collecting snare drums over the past few years – they’re cheaper than full drum sets, take up less space, cost less to ship (and are easier to sneak in the door when my wife isn’t looking).  And I wasn’t really looking to add another kit to my basement studio, which is already at capacity.  But sometimes you have to go with your gut, which is how this 1972 (I think) Ludwig Standard in blue strata ended up in my collection. 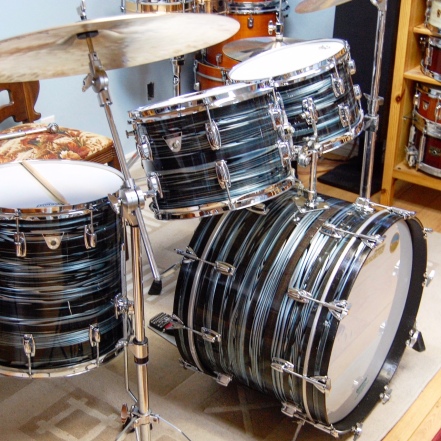 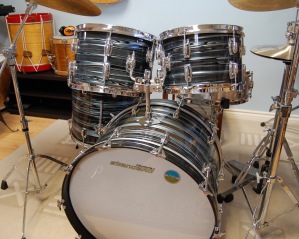 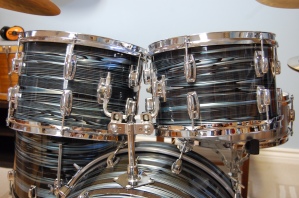 This was the very definition of an impulse buy.  I was in my office one night, on day 13 of a 39-day festival, and had about 10 minutes until a show was about to start.  I dropped by eBay for a quick look, and these Ludwigs popped up in my feed at a very reasonable price.  After deliberating for five minutes, I hit the “Buy It Now” button, entered my credit card info, and ran off to the concert wondering whether I’d done the right thing.

The Ludwig Standard line has been getting more attention from collectors in recent years.  Available from 1968 to 1972 as a lower-cost alternative, they featured the same three-ply shells found in Ludwig’s regular classic line, but with a cheaper, more streamlined lug, 15 different wraps, and the grey granitone coating on the inside of the shells.  They are generally much cheaper than the classic Ludwigs of the same time period, and some people (myself included) really like the more exotic wraps, with avocado strata and lemon strata being particular favourites. 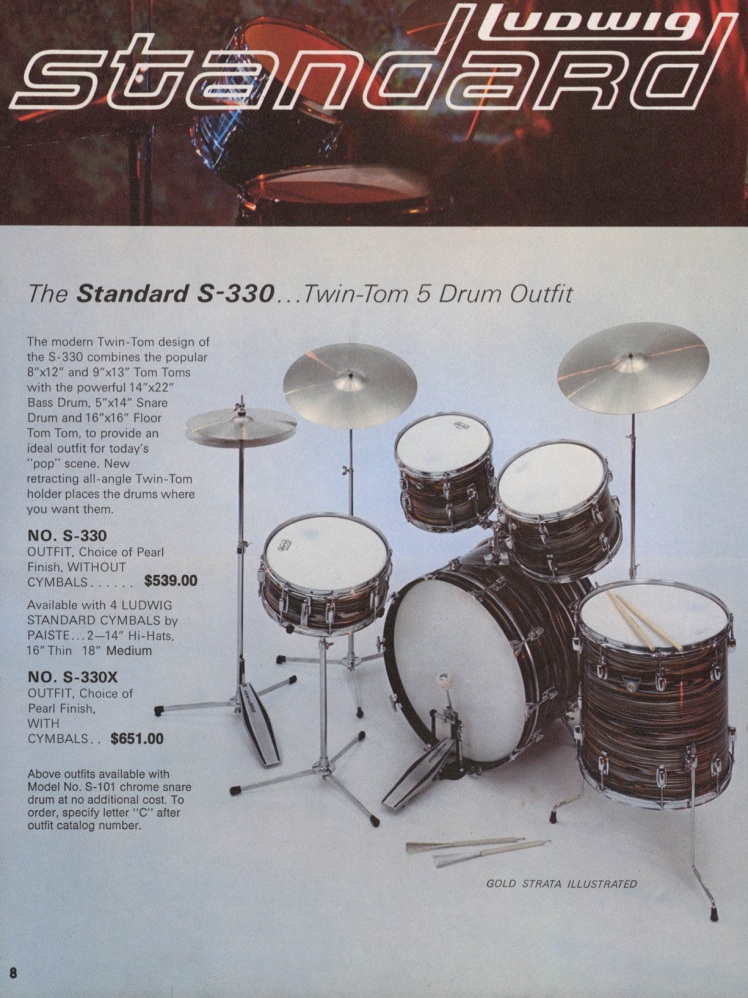 The drums arrived from Texas in two boxes, and the seller did a great job of packing them properly.  They are definitely not in perfect condition, but both the chrome and the wrap polished up really nicely (in all honesty, part of the reason I bought them was just to take them apart and clean them up, which I find very relaxing).  I put on some new Remo Ambassadors, and they definitely have that classic Ludwig sound. 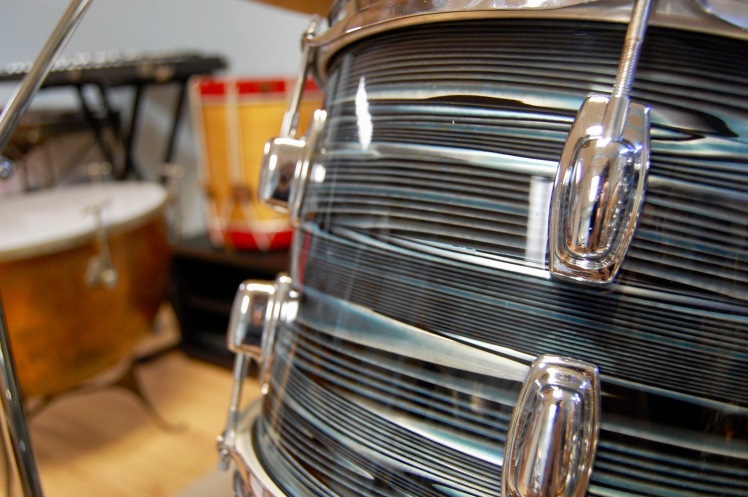 I love the blue strata finish.  I think it reminds me of bowling balls (another important part of my youth), and there’s a lot of depth to the colours on this kit, with very little fading.  You can also see the brown from the shell coming through the wrap in some areas, especially on the bass drum. 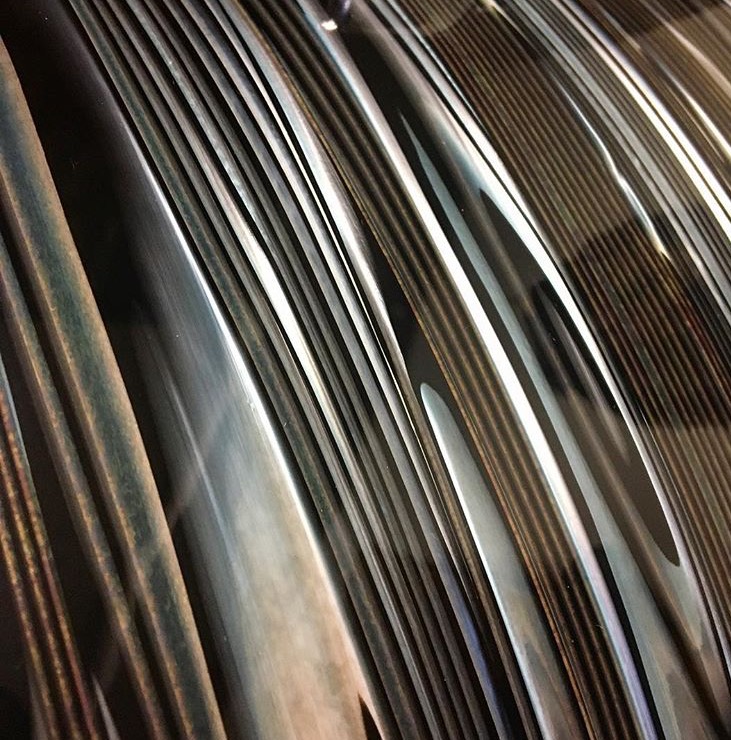 Prices on Ludwig Standards seem like they’re creeping up as word gets around that they’re a good value in vintage drums.  However, you can still find excellent Standard snares for well under $200 (like this one and this one), and this kit was less than half the cost of the same configuration in Ludwig’s classic line.  I wouldn’t hesitate to buy one if you’re looking for something new to play with.