On last weekend’s beautiful Thanksgiving Sunday, we headed off to the Rockton World’s Fair. For 156 years, the fair has drawn crowds from throughout the area to its extensive agricultural displays, baked goods competitions, and games of chance and skill.

I headed over to check them out, and my heart sank. The ride required four tickets, and the boys were too small to ride by themselves. That meant we needed 16 tickets to get on the ride, and at $1.25 per ticket, it was going to be a whopping $20.

Under normal circumstances, I would probably not spend $20 for a two-minute ride. However, faced with the prospect of a full-scale meltdown mere minutes into our visit, I decided to bite the bullet and fork out the cash. I ended up going for the 40 tickets for $35 option and was disappointed to find out the tickets were not, in fact, made of gold.

I must say, the actual ride was really fun. A and I drove around the outside, looking for B and K. We spotted them on the far side of the track, so I floored our little car and made a beeline for them. I think everyone was pretty surprised at the force of the resulting head-on collision – especially K, whose face seemed to bounce off the dashboard. I was fully expecting him to end up with a broken nose and a busted lip, but he just gave us a big laugh and kept going.

The highlight of the day for me was the Thrill Show Productions Figure Eight Demolition Derby. We settled into our seats at the grandstand and watched a couple of heats of fast-paced car-smashing action. I’ve always wanted to go to a demolition derby, and I was a little sad to leave when the thick fumes drove us away from our front-row seats.
__________

There’s a lot to see at the Rockton World’s Fair, and we missed a lot of interesting things. For example, I really wish we could have gone on Monday for the Baby Show. This sounds awesome.

They have five categories for boys and girls – 3 to 5 months, 6 to 8 months, 9 to 11 months, 12 to 14 months, and 15 to 17 months. According to the website, “Babies are judged in their respective age groups on the basis of normal growth and development, sociability, health and beauty.” I’m totally serious.

Those babies who are successful in the preliminary round then compete for the Grand Prize. I don’t know what that is, but the third place contestant gets $15, which won’t even buy his / her family two minutes on the bumper cars.

I’m just glad they don’t have a newborn to 2 months category, because really, you’re not ready to be judged on your beauty until you’re at least 3 months old.
__________

Although it has nothing to do with this post, I thought I’d post a picture of K being particularly cute. That’s my boy… 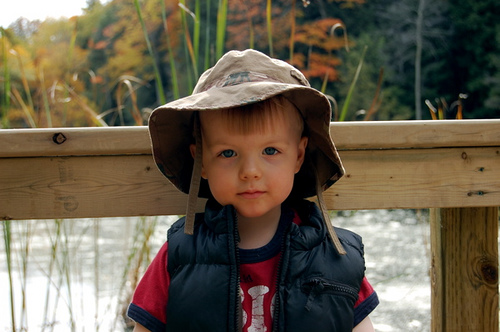