Wow, 13 days since the last post, and not one message, e-mail, or wall post complaining about the lengthy layoff. Either you’re a tolerant lot, or it’s a sign of overwhelming indifference.

I’m nearing the end of my second week of not going to work. Some people refer to that as a “vacation”, but I have some thoughts on that subject that I’ll save for later this week. All in all, it’s been a pretty busy time, with lots of time spent in the car traveling to exotic locales. To summarize, we:

– visited with Grandpa, Grandma, Lindsay, Riannon, and Meillyn in Ancaster

– spent some time in Niagara-on-the-Lake and decided it would be a great place to live someday (which I consider some undefined future point, and which B considers tomorrow)

– took the GO train to Toronto and rode the subway

– checked out the dinosaurs and mummies at the ROM

– hiked to Webster’s and Tew’s falls

– went bowling, where I again failed to break 200, causing me to question the value of the 10 years of Saturday mornings I spent at the bowling alley in my youth

Rather than bore you with the details (if you’re not already there yet), here are a few pictures from the past couple of weeks. 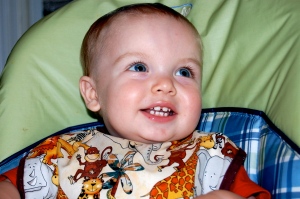 My nephew Ian at his first birthday party. Just looking at this picture makes me start thinking that having a third boy wouldn’t be the end of the world. 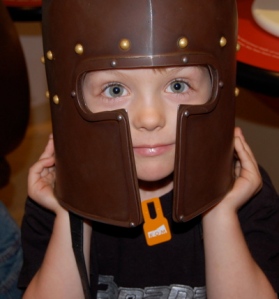 A going all medieval at the ROM. 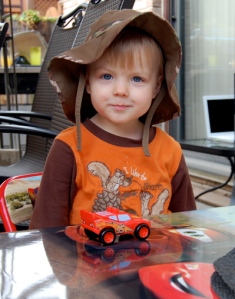 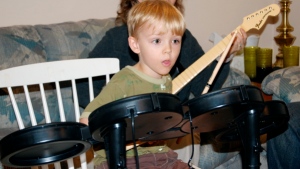 A is the picture of concentration as he tries to master the drum part to Weezer’s Buddy Holly. 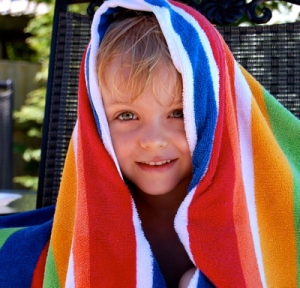